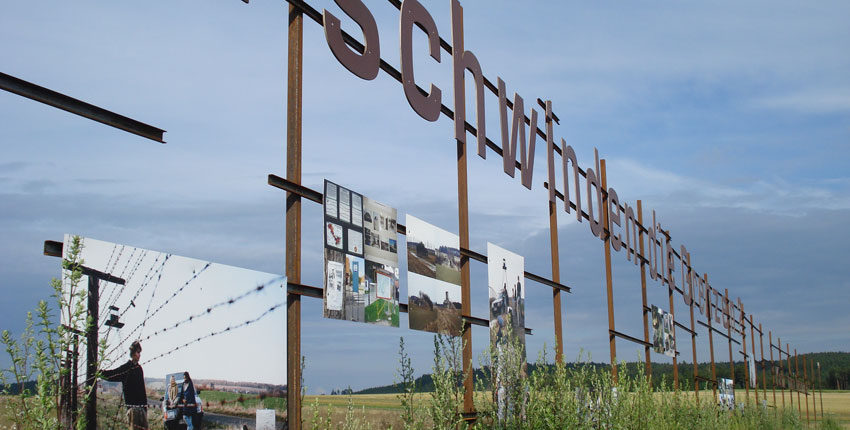 Iris Andraschek and Hubert Lobnig will participate into an artist talk at SALT Galata about Borders, Mobility and Cultural Identity, Tuesday September 19th at 11:00 am.

Andraschek and Lobnig’s collaborative work in the past has often revolved around life as we experience it out in public. One ongoing project of theirs called Tigerpark is a series of events, exhibits and performances staged in a tiny park directly opposite their studio in Vienna. Andraschek has continued this theme of public life here by creating ambiguously fictitious photographs, capturing people she has met in the exterior environments around their homes. She has transformed the garden surrounding a private home or the landscape around a farm into a backdrop for a personally interpreted portrait of people and nature. 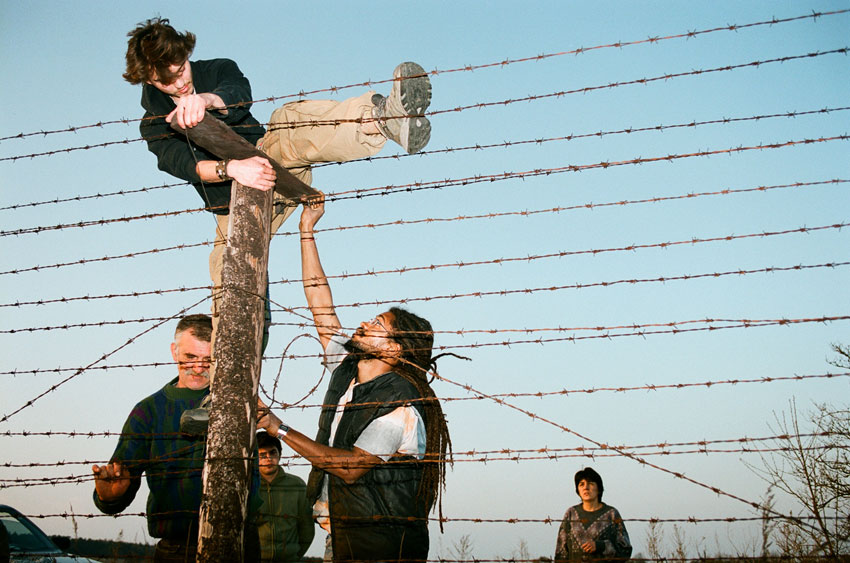 The work ‘Wohin verschwinden die Grenzen? — Kam mizí hranice?’ (Where Do The Borders Go?) by Iris Andraschek and Hubert Lobnig engages with the geopolitical changes that have occurred in Europe over the past ten years. The consolidation of a European region by levelling former political border zones is at the core of an installation completed in a no-mans-land. Although now at the geographical centre of Europe the area on the Austrian-Czech border is largely isolated — cut-off from and without any connection to urban facilities or supply routes. The lettering bearing the wording of the title is mounted as a large installation reading from left to right heading out of Austrian territory: an allusion to the previous political situation when the Eastern Bloc countries existed by showing that Western Europe had ended here. Even though the Czech Republic joined the EU in 2004 the border crossing remained the outer border to the Schengen countries until 2007, and so was subject to continual policing. With the expansion of the Schengen economic region numerous border stations within the EU lost their original function and became architectural relicts whose symbolical character lies merely in the fact of their existence as buildings today.

We use cookies to ensure that we give you the best experience on our website. If you continue to use this site we will assume that you are happy with it.Ok