Artist residencies in times of COVID-19

On the 1st of January 2020, the Austrian artist Franz Amann started a three-month residency in Istanbul supported and organized by the Austrian Ministry for Arts, Culture, Civil Service and Sport. Two weeks before the end of his project, the global COVID-19 pandemic broke out and forced him to leave the city, leaving behind some traces of an unfinished trajectory. 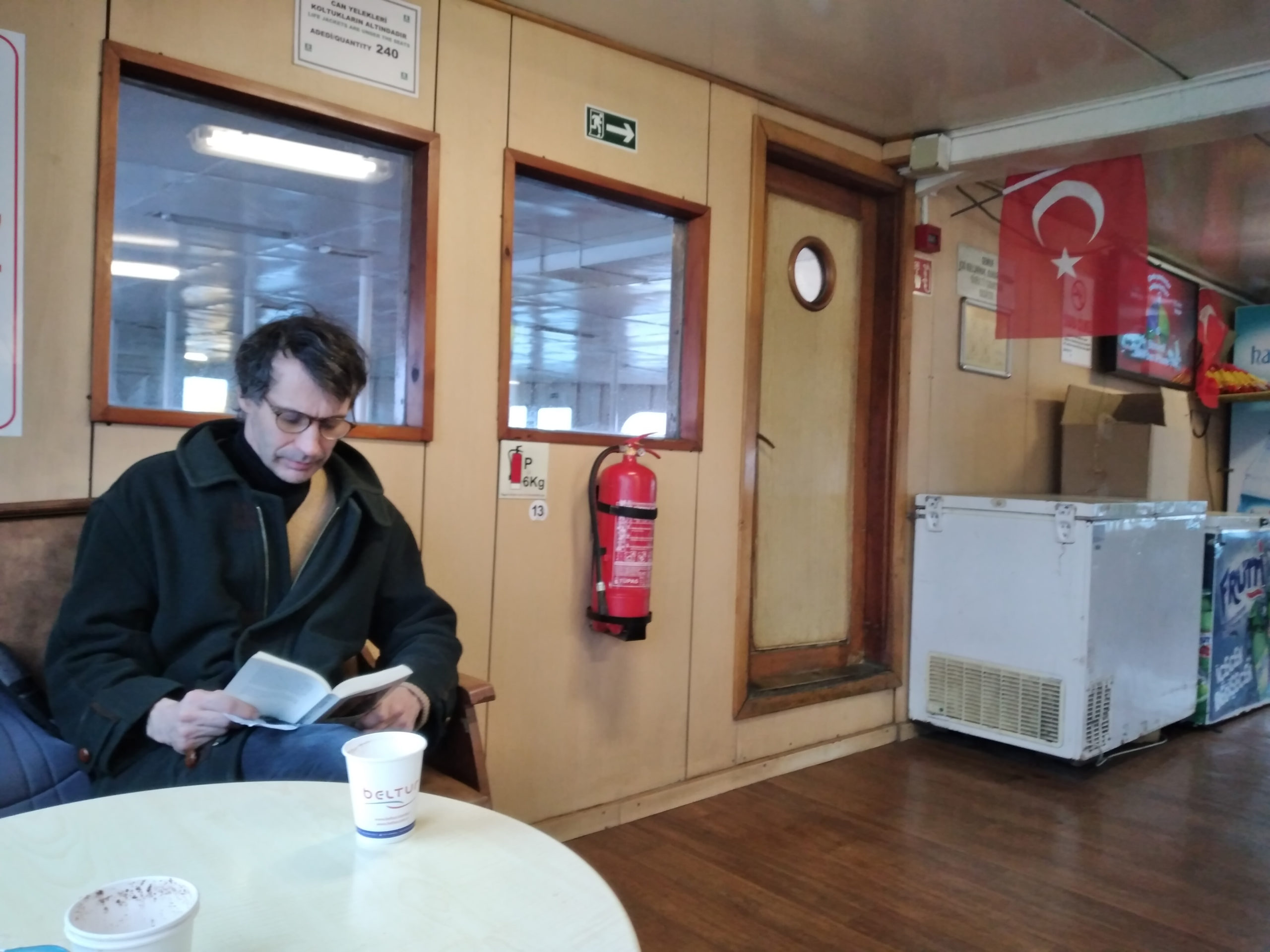 Franz Amann reading Balzac on the boat to Büyükada

In an apartment on Süngü Sokak in Cihangir, relics of an unfulfilled artistic project can be found: a pair of jeans, some pieces of leather, an untidied kitchen. Marks of inhabited spaces suddenly left behind. While writing his project report from Austria, confined at home like everyone else, Franz Amann regrets the missing time he still should have spent in Istanbul and feels that he should be back someday. 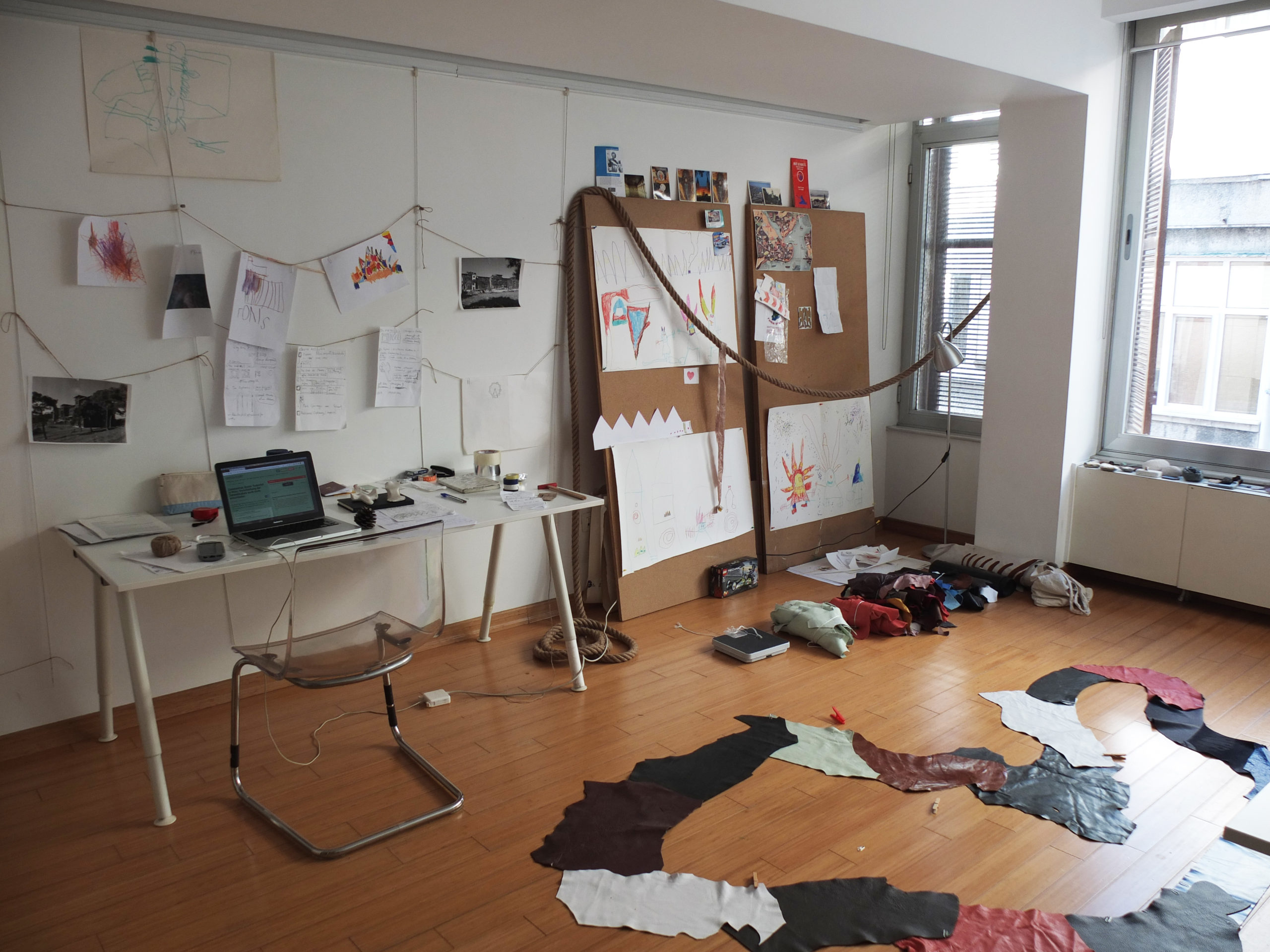 Taking the form of a triptych, the artist’s project dealt with themes and research that fit the current context.

He started his work on Büyükada through an investigation on the “Prinkipo Palace”, a Greek Orthodox orphanage abandoned by time. In the meanwhile, he was reading “The Wild Ass’s Skin” by Honoré de Balzac on his daily boat journeys. During that first part of residency, Franz Amann produced a mould with his sneakers called “The Embracing Cross”, reflecting how sacred (elements) can be made in arts without any effort, the shoe being an existing form and product produced by a capital-concentrating world. A first “episode” linked to (architectural) decay and (human) disintegration. 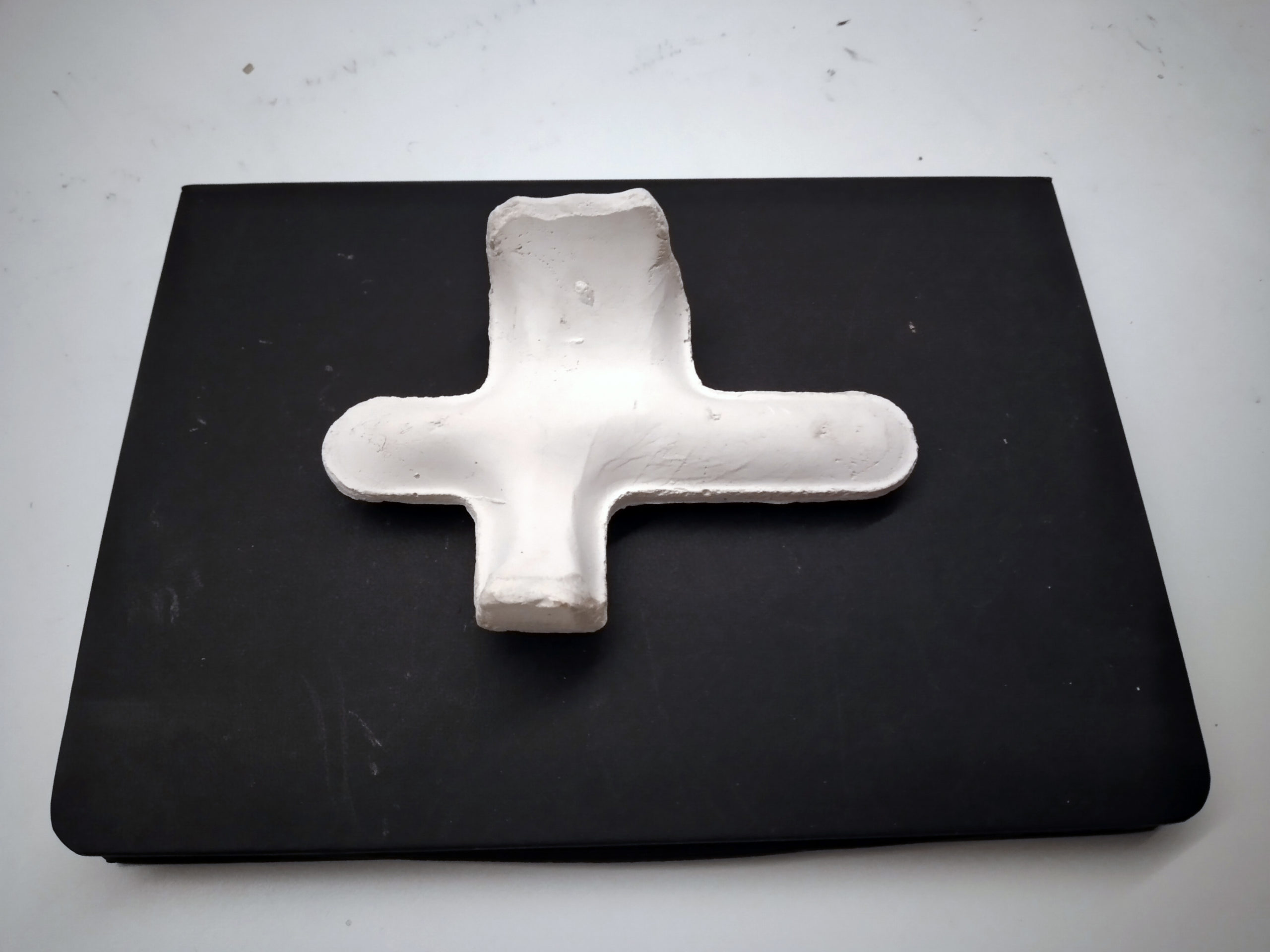 On the “Madam Marta Koyu” beach on Burgazada, the artist got inspired by the multiplicity of never ending trash, old mosaic and reusable pieces landing on the sand, while trying to deal with Sait Faik Abasıyanık’s life (that he mostly spent on the island) and his love for the sea. Being able to use every object that comes to you reflects a kind of liberty that he did not think would be affected some weeks later. 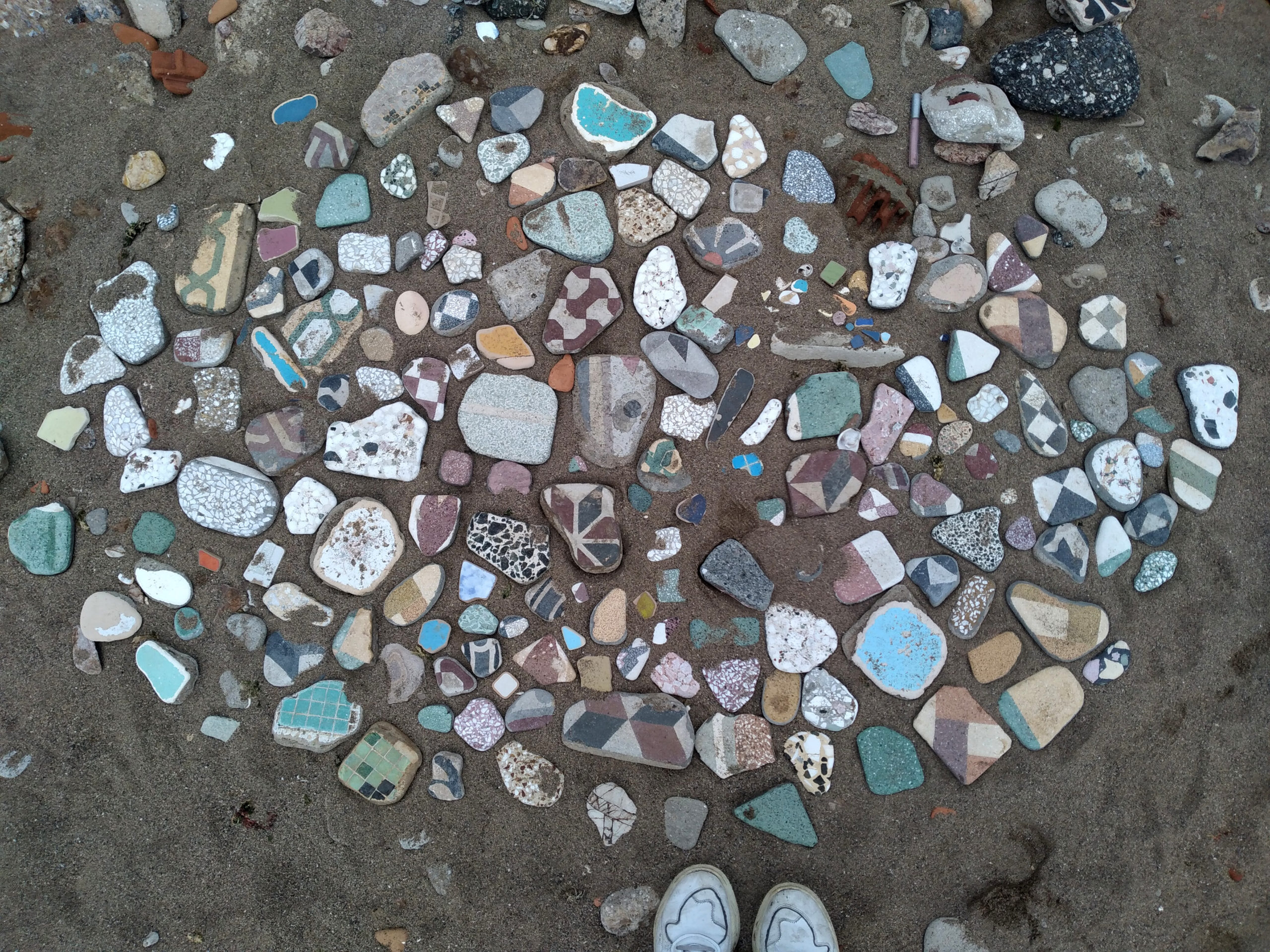 After the “Robinsonade” came the Coronada, a newly emerging island which brought him back to reality, ripping him of from his projects. He suddenly had to run, without letting the memories be erased totally. It was him as individual against the society, a situation he sees as the reflection of the US and the Chinese model of the 21st century. 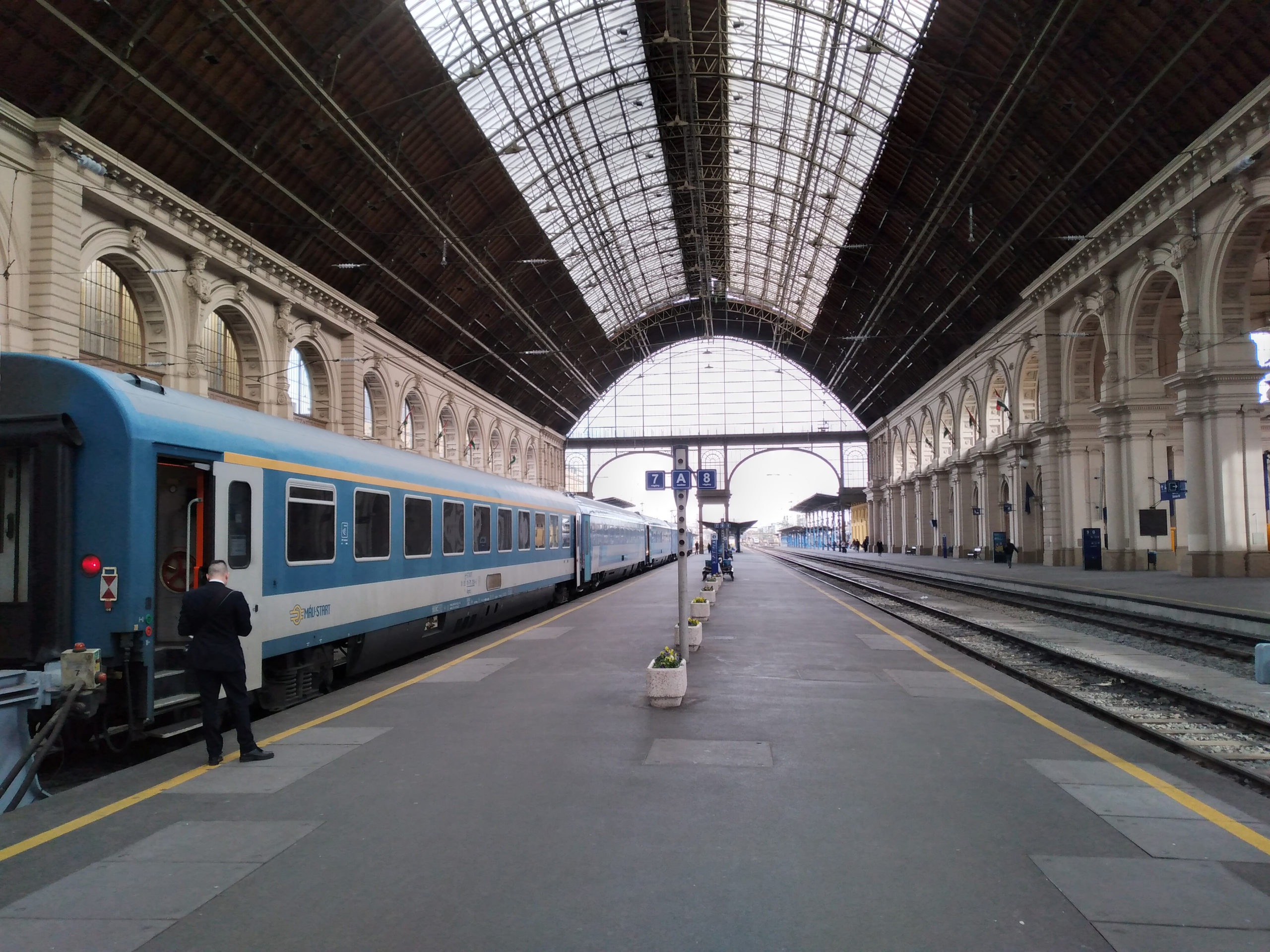 Arrival in Budapest after the sudden departure from Istanbul

His project misses one last element which is the farewell of people, places and final expectations. Like lots of people, he had to take a quick decision, stay or leave, finish or abandon. An interesting and certainly unforgettable experience for an artist residency.

So watch out our social media platforms for the final date.