Screening and Reading at Beyoğlu Sineması

After the war. A woman in her 30s. Remembers the neighborhood, where she was brought up.  Triggered by traces of scent, disseminated by a mighty tree, she sets out on a journey to wander the allies by herself, picking up details and collecting pictures from the past.

Watch the recording of the live event at the Beyoğlu Sineması:

“No One Flatters the Neighborhoods Women” by Khaled al Said is a poetic endeavor to write from a female perspective over the course of eight years of war. The poems have been cultivated through constant communication with women inside and outside of Syria. They attempt to convey the invisible pain that many women experience during the war, that invisible pain, which marks not only their bodies but also their minds. The Poetry-book was published in 2020. It inspired the movie “In between”.

The Film “In between” is a 15 minutes short movie combining Poetry, Solo Bass Music, Visual and Installation Art. It was produced in Büyük Valide Han in İstanbul in 2020. Young actress Berfu Serçe performs various metaphorical scenes that reflect the catastrophic effects of the war in Syria on women. The film was scripted, shot and edited by Palestinian Filmmaker Khaled Tanji in the beginning of the year. Khaled Tanji’s long-lasting experiences in theatre can be perceived in his cinematic works as well, such as ٌ”Repetition” and “In Between”.  His work searches in dark corners, finding the light, and addresses themes of justice, transformation, and healing.

He uses lyrical quotations from the recently published poetry-book “No One Flatters the Neighborhood’s Women” by Poet and Journalist Khaled al Said:

” Since the war, neighborhood girls sitting on balconies cursing the war. Read for us a poetic
phrase of Kais’s poems. As all the neighborhood’s houses are widows. ” 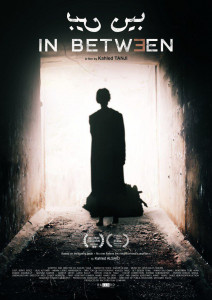 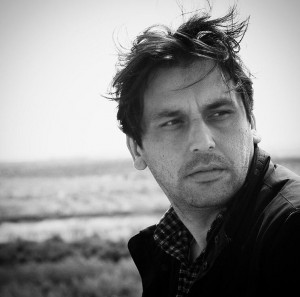 Khaled al Said was born n Damascus in 1986. He graduated from the Faculty of Journalism in Damascus. Later he studied Sufism at the University in Ankara and graduated with a Master’s Degree. He worked as a Crisis-region-Correspondent between 2016-2017. He is working as a Journalist and writer in Istanbul. After he published the book “In between” in 2011 in Damascus he released the poetry book “Noone flatters the neighborhood’s women” in 2020. 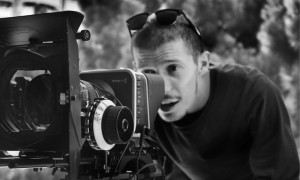 Khaled Tanji is a Palestinian filmmaker, cinematographer, and video artist. He studied cinema in Iran and graduated from Tehran University of Art. Thus far he has worked in many projects produced in Iran, Turkey, Lebanon, Belgium, and Russia, as director of photography, editor, and colorist. He has directed and acted in many theatrical plays since 2009, and won the Best Actor Award at the 2011 Youth Festival in Syria. Tanji’s experiences in theatre can be perceived in his cinematic works as well.

Apostolos Sideris was born in Athens in 1978. After attending Berklee College of Music he earned his Master’s Degree at the City College of New York under the tutelage of Bassist John Patitucci. He performed with international recognized Musicians like Pianist Leo Genovese, Guitarist Lionel Loueke, Vocalist Savina Yiannatou and Composer Ziad Rahbani. He has recently released his Debut Album “Summation”, showcasing his own mix of Eastern modal Music and Modern Jazz.