No later than one week ago I was standing in the queue of the KitKatClub in Berlin, not waiting for my turn to enter the dancefloor but standing in line like the others to get a quick-corona-test.

While jumping from one foot to the other, trying to get rid of the cold, I was reading the signs of the Clubcommission Berlin, calling for an equal treatment of the clubbing scene within the cultural area, especially in times of COVID-19. It almost sounded like a manifesto and made me think of these empty spaces and their significance in today’s world.

But Berlin is not the only place where club culture is defended and questioned. Currently active in her hometown in Malta, photographer and performance artist Charlene Galea has been taking photos of the clubbing phenomenon since 2012 and is reminding us of the multitude of experiences one is usually able to live in such a place.

Under the title “Us” Clubbing Report, she will exhibit a selection of these photos on December 26 & 27 in cooperation with the Unfinished Art Space, pointing out how important clubs are for people as spaces of freedom, of movement, of fluid identities… 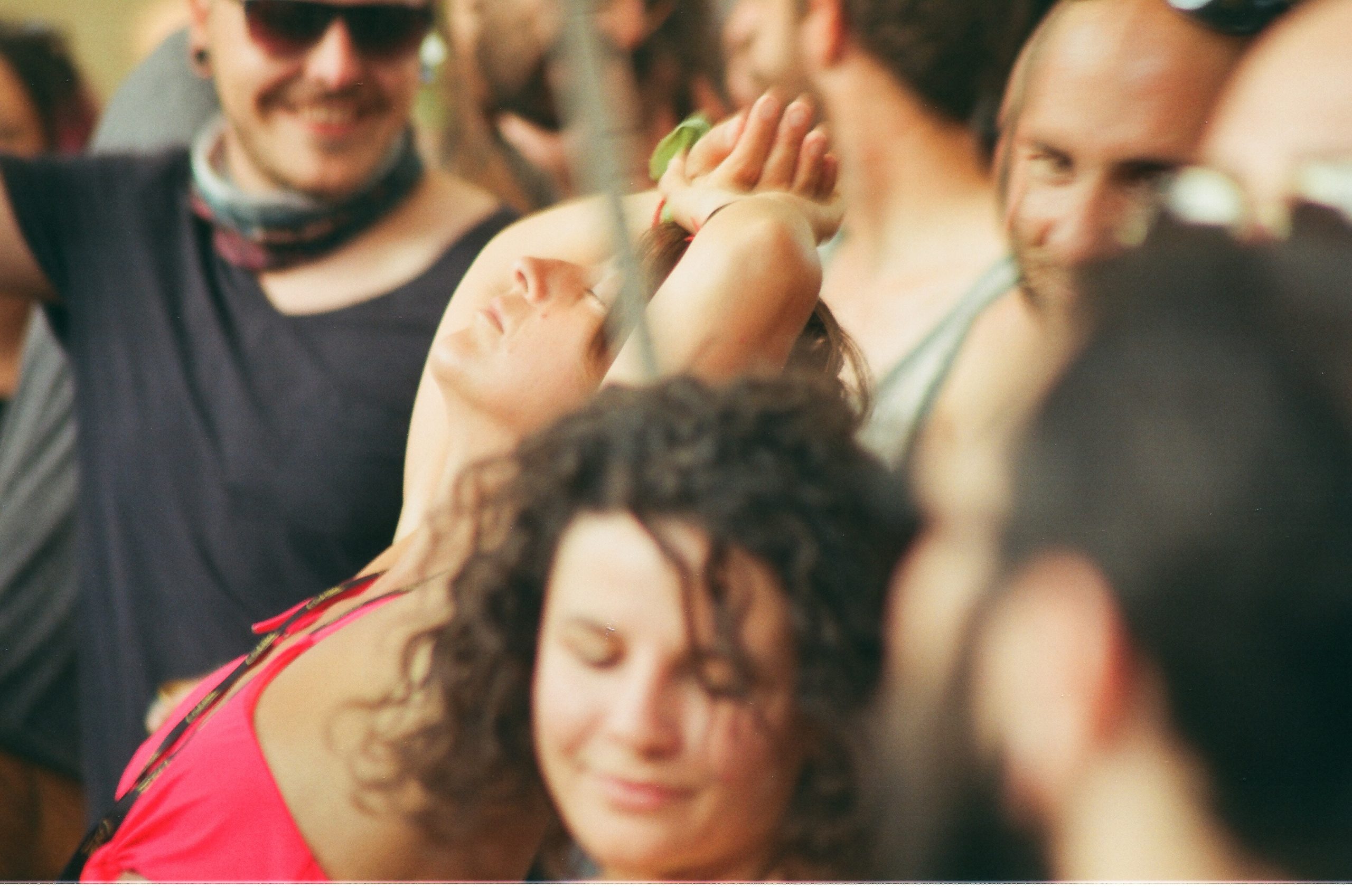 Charlene Galea is a Maltese artist who likes to stand on both sides of the camera. As an observer, particularly in numerous clubs around Europe where she first started to watch human bodies in action, and as a performer, an artistic approach she works with to guide people through concepts, using Instagram “stories” as a medium.

During her time at the London College of Fashion she started taking photos while going to clubs asking herself “Why are they here? What are they doing? Why is this occasion so special?”, while confessing that her favourite spot in clubs is the cloakroom area, a space of transformation where bodies rid themselves of their outer layers before getting on “stage”, a term we both agree upon – clubs are stages of freedom.

This diversified and international “field study” and the three-day takeover of a hotel in Malta this summer – which lead to strong blame from the government regarding COVID-19 outbreak on the island – were the triggers for this exhibition. Never having wanted to publish these images before, in fear of disappearing in the monotony of posts and pictures of weekend parties, “now is the right time”, she says, as clubs have closed again around the world.

Nevertheless, for Charlene Galea this moment of pausing and shutting down is having a positive impact as an anti-capitalistic act, making us aware of the former over-consumption of clubbing experiences. She is aware of what she calls a “loop”, arising when going out to a club: first dressing up, meeting up with friends, getting a drink beforehand etc. A loop that is affecting our club experience. “The hugs could be longer, one could start a conversation with someone who maybe really needs to talk”. We now have some time to think of the value of those spaces in our life and how we want to use them in the future. 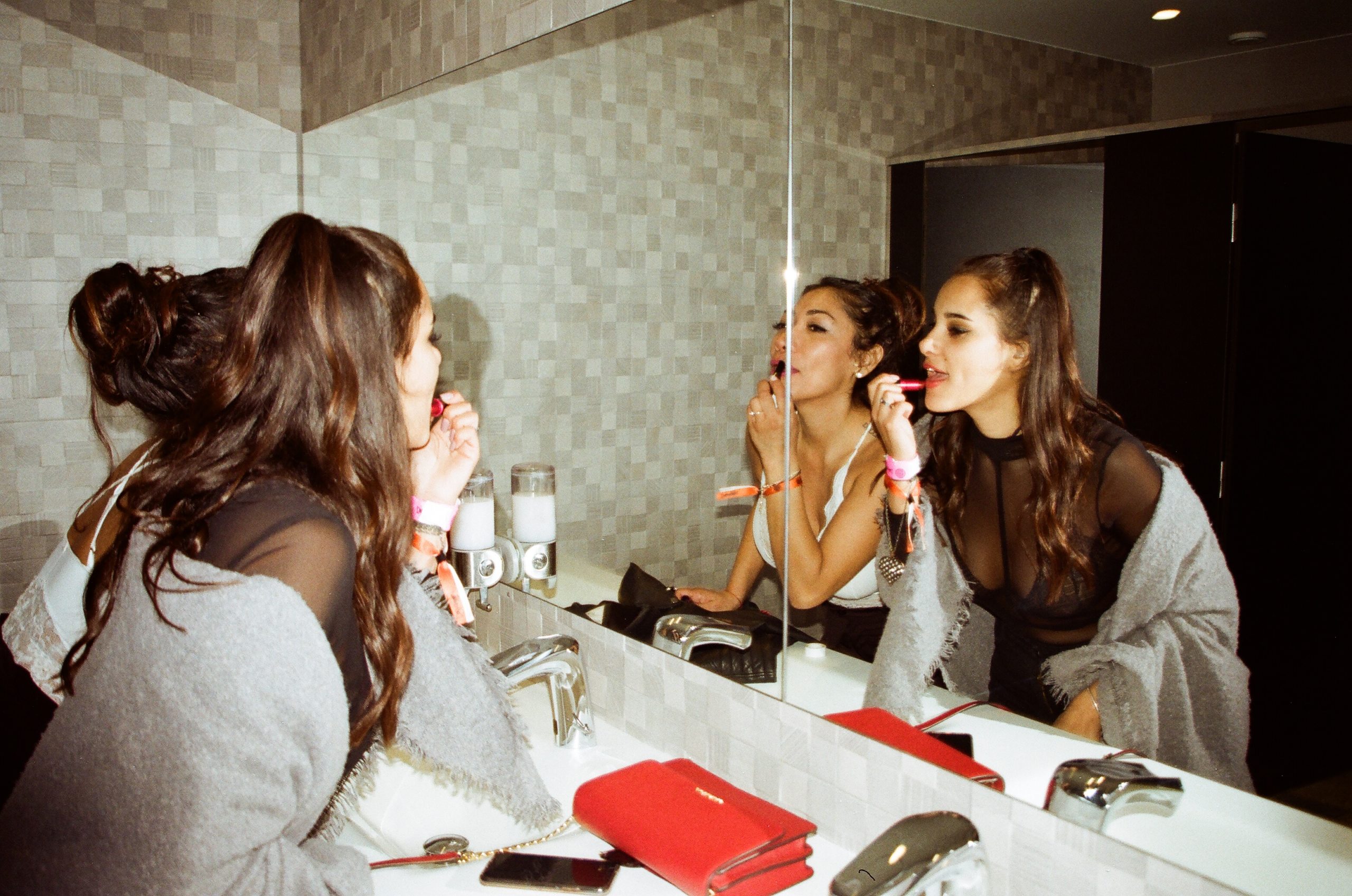 Whilst diving further into our conversation, I was impressed by the multitude of layers she looks at while “analysing” and choosing clubs as a motif for her artistic practice. The clubbing experience is vast, constituted by arrangements made between people before and after, a social experience in itself. The economic aspect also plays a role in her observations as the clubbing industry employs a huge number of staff. A cultural layer also surrounds clubs and their locations.

Indeed, Charlene Galea has been travelling to festivals in foreign countries, realizing that people tend to forget that there is a place outside of the club that can be visited, looked at, interacted with. Instead of consuming the event and flying back to their country the artist invites people to have a look around themselves, to be more aware of their physical presence in a new cultural area.

A section of the exhibition will be dedicated to her travel experiences, juxtaposing photos of parties and of villages she visited. 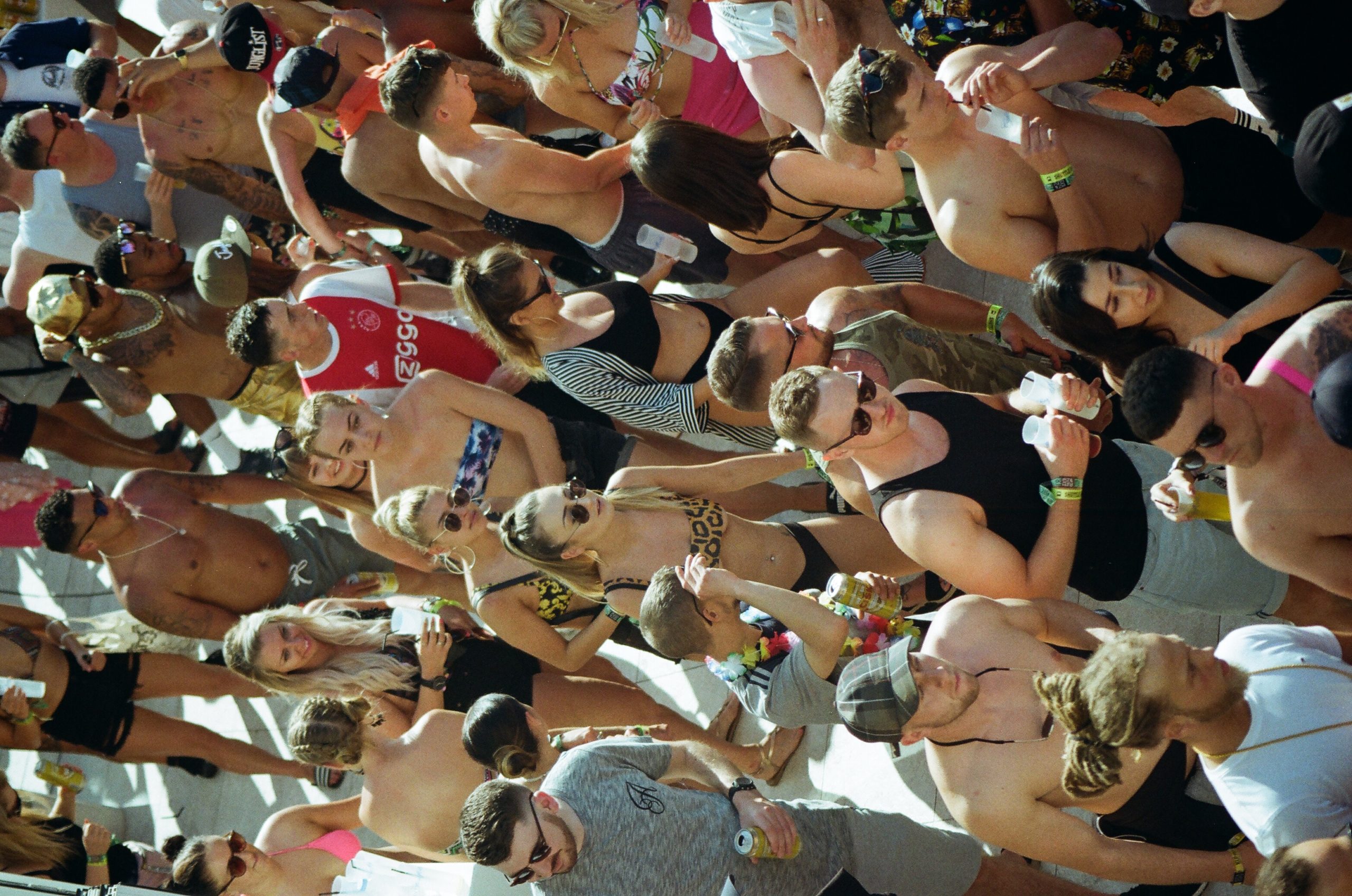 Regarding the way Charlene Galea dives into a topic and deepens concepts and practices under an anthropological and performative eye, it is not a surprise that the exhibition was curated by Margerita Pulè who manages the Unfinished Art Space. In comparison to the commercial art market in Malta, the Unfinished Art Space gives space to political art and concepts creating thoughts, in a more underground way. “It is the right moment to come out with those photos: in a safe space that is not taken for granted”.

The exhibition will be composed of 40 to 50 images organized in 8 different spaces. “Entering at their own risk”, people will have a first insight into the club experience. In a second room, a space will be reserved for pictures of outfits, statements, preparation for the club. The third room will be dedicated to travel experiences in Tunisia, Ibiza, Marseille, and Morocco where globalization has made clubs homogeneous in the inside, standing in stark contrast to the outside world of those cities and countries.

In the kitchen there will be kissing portraits, in the bathroom some shots of girls in club toilets, before walking to the outside area presenting photos of festivals as well as portraits of sleeping people. The 7th room will include intimate photos and the last room will show after party pictures which are, for the artist, always full of surprises.

A travel around times and spaces with colourful flashbacks… 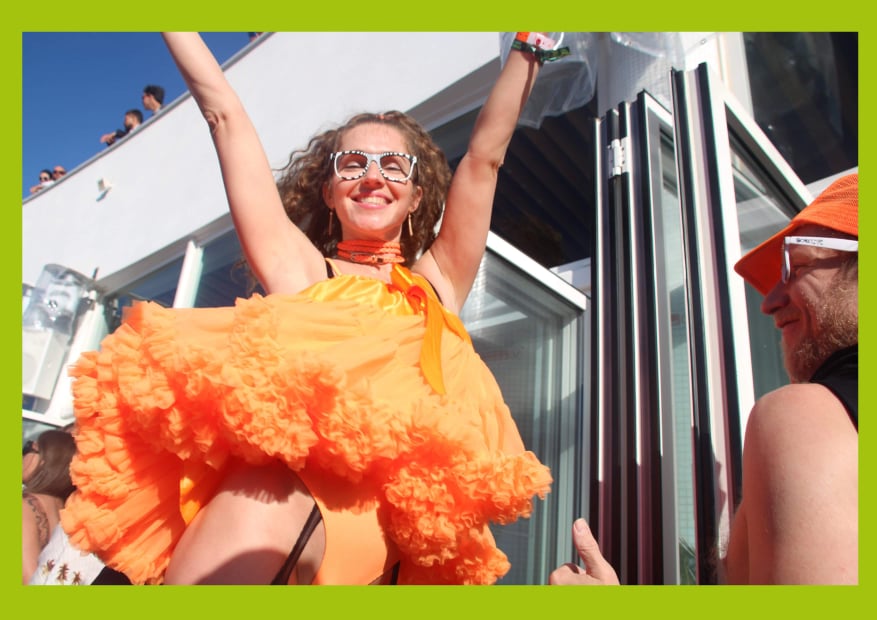 “Probably people will have to queue outside because of the corona rules, but at least it will be a metaphor for the queuing moment when going to a club”, says Charlene Galea as we start shifting our discussion towards her position as an artist in Malta. During COVID-19 times it is difficult to get support from the state as the government ranks artists on a marking scheme which creates a feeling of competition.

“Being an artist in Malta is not so easy”, she states explaining that numerous people criticize her performances and her way of presenting herself on Instagram. A part of the population is still shocked by the clubbing scene, open air parties and liberated bodies.

Women in Malta are also still attached to numerous beauty standards which Charlene Galea tries to overcome through her work, liberating movements when “modelling” herself on her photos. She wants to shoot women as they are, in a more organic way.

Through her Instagram account she already connected to a big network and considers stories as a good way to engage and communicate with her audience, but also to know it and produce art for groups that are interested. “Who is my audience?” is a constant question she asks herself in order to stay flexible and open – surely not a bad quality for artists who today, more than ever, have to adapt to survive and preserve their art in unequal societies. 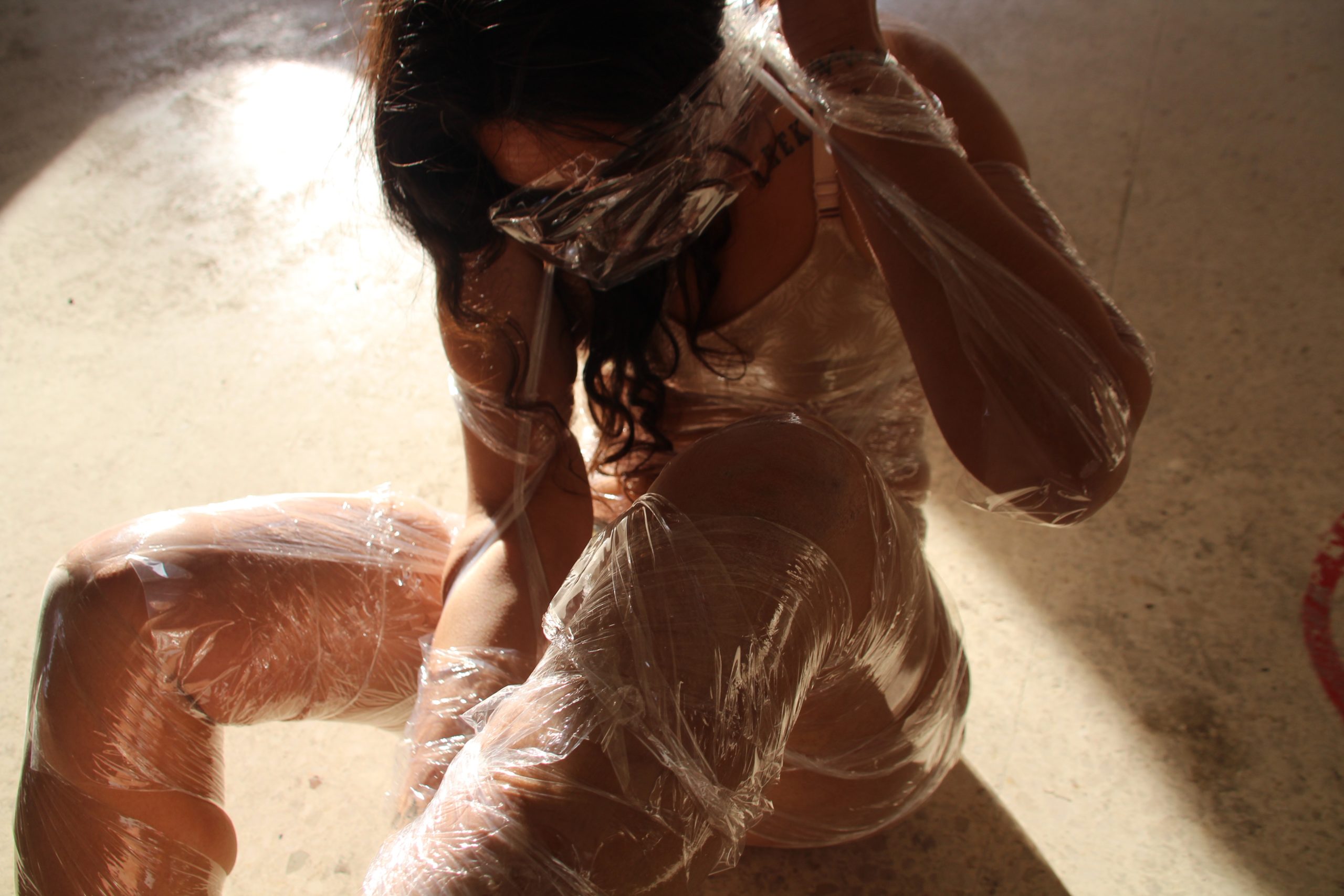 The exhibition “Us” Clubbing Report is part of The Wandering Tower, the 2020 edition of the Mahalla Festival taking place in Istanbul: http://mahalla.inenart.eu/2020/12/01/a-clubbing-report-in-a-world-without-clubs/

You can support Charlene Galea’s work for an artistic surprise in exchange by clicking here.