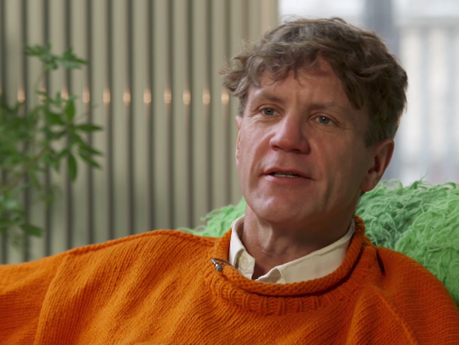 Bjørn Melhus
Artist, Filmmaker
Bjørn Melhus is a German-Norwegian media artist. In his work he has developed a singular position, expanding the possibilities for a critical reception of cinema and television. His practice of fragmentation, destruction, and reconstitution of well-known figures, topics, and strategies of the mass media opens up not only a network of new interpretations and critical commentaries, but also defines the relationship of mass media and viewer anew. Originally rooted in an experimental film context, Bjørn Melhus’s work has been shown and awarded at numerous international film festivals.
At the Mahalla festival we will screen his short movie I’m Not The Enemy. I’m Not The Enemy is an alienating, family drama set in a timeless German apartment and accompanied by images of German small-towns. Based on sound snippets from various movies dealing with the legacy of the Vietnam War, this piece questions the notion of home, which has turned into a symptomatic battleground of post-traumatic stress disorder. For those who have tasted war, returning home does not signal peace but a self-destructive assault of the mind.