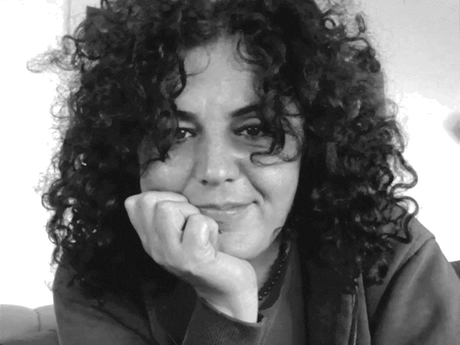 Raziye Kubat
Artist
For 25 years Raziye Kubat had a neighbor of Armenian descent in Istanbul, whose family had to flee from their homes in Anatolia. Katrin used to prepare a Rakı-Table at home. Different Meze (Antipasti) would be served together with this strong Anise-Spirit. The “Rakı muhabbeti “was a ritual between the two women, who got very close to each other.
Artist Raziye Kubat invites visitors to join her for a Rakı-Table at Studio 87.
Along with her art-works around Katrin Raziye is presenting the story of Yusuf in mixed media. The artist narrates the Circassian exile in the mid-nineteenth century. A mother flees with her son from the Russian Empire's ethnic cleansing and expulsion of the majority of the Circassians from their historical homeland Circassia, which roughly encompassed the major part of the North Caucasus and the northeast shore of the Black Sea. When they reach Istanbul the Boy is sold by his desperate mother to an herbalist in the Ottoman Empire.
The series titled “Yusuf Who Was Not Called” consists of diverse techniques and a wide range of interface readings in addition to a story accompanied by related paintings. The artist is questioning the narratives of the Turkish Republic, that used to blur the history of minorities in the countries past.
“When I was a child, I’ve been encouraged to read texts, presented with pictures of several stories on Turkish history. And I was really bored. Then I made a book of my own, for myself. This is what I would have wanted to see as a child. I might have fulfilled that dream of mine. And it was my intention to present our painful history and confrontations in a more pastoral manner.” (Raziye Kubat, Yusuf, who wasn’t called”)