Origin
In November 2016, following an invitation of the Villa Romana in Florence, various cultural initiatives from Europe came together at the Museum Centro Pecci, Prato, and at the Villa Romana, Florence, under the title Gravity for All.

The invited participants came from Italy, Germany and Turkey.

The question of this first discussion was: if the European migration crisis continues to be a scandal, how should artists and cultural workers behave? How to create networks (in Europe and beyond), find cultural identity in exile and give voice to artistic practices that go beyond the so-called “internationalism” of the twentieth century? If cultural education is the foundation of every society how to promote respect for artistic/cultural producers? What are the urgent concerns of the artists that have just arrived? Which partners could be involved for future collaborations?

Mahalla festival in Istanbul
As a result of the first meeting in Italy, the participants expressed the desire to establish a sustainable international network for the exchange of experiences between cultural initiatives and artists of the host countries and the newcomers.

As suggested by the association Diyalog Derneği, another meeting on migration, exile and cultural identity was held in the form of a festival during the Istanbul Biennial 2017.

The Istanbul based cultural initiative Diyalog organized and carried out this festival under the title Mahalla within the frame of parallel events of the 15th Istanbul Biennale from September 13th until October 20th in Istanbul.

In round tables, public discussions, exhibitions, film screenings and a concert, the participants were sensitized to the topic, experiences from the respective countries and areas of activity were exchanged, and approaches and examples for the development of new narrative in exile were presented. 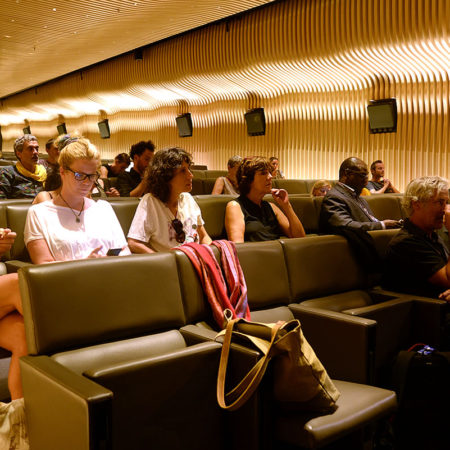 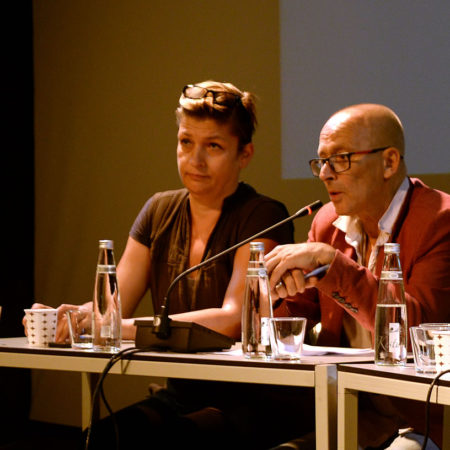 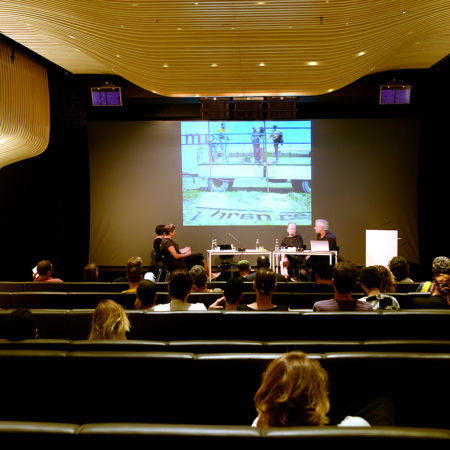 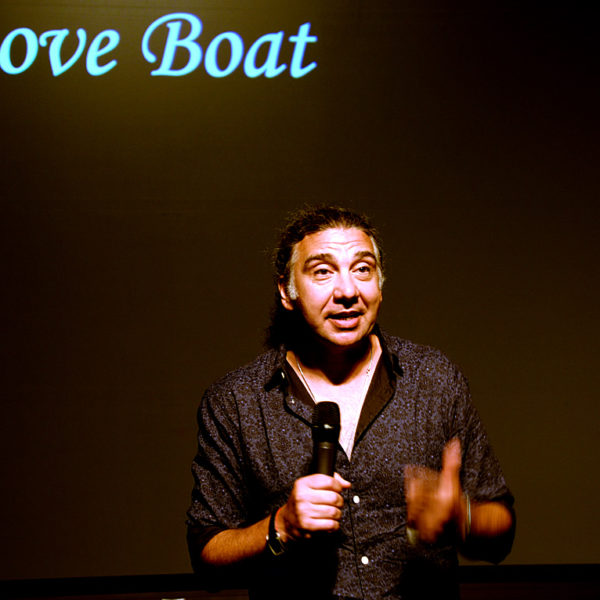 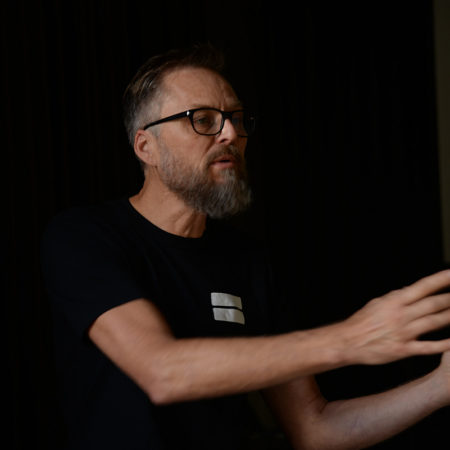 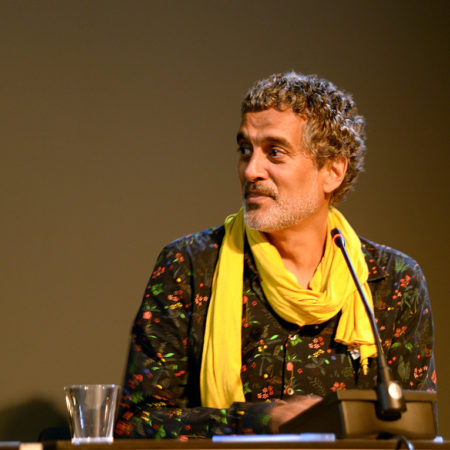 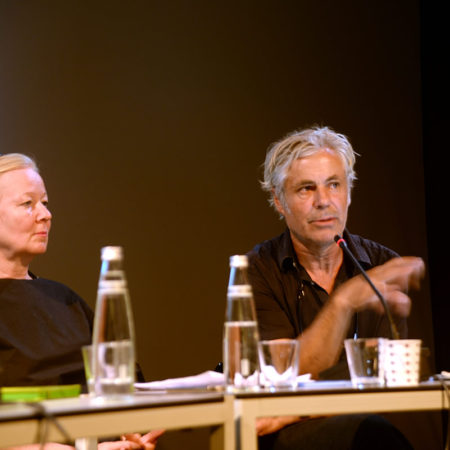 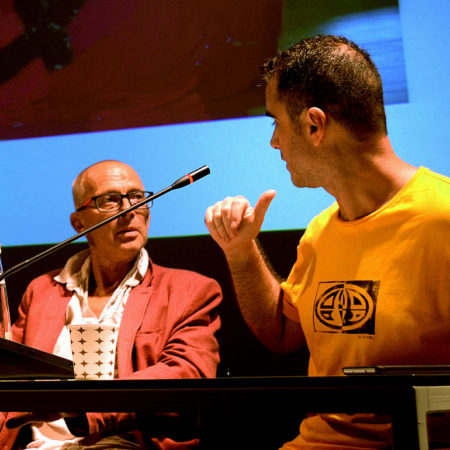 From Turkey alone, five cultural initiatives of the civil society and two universities participated in the Mahalla Festival.

The participants were selected by Sabine Küper-Büsch and Thomas Büsch in cooperation with Angelika Stepken / Villa Romana and Lanna Idriss / FLAX.

All participants have been dealing with issues such as hospitality, identity, homelessness, the loss of familiar structures and the disappearance of known borders for several years.

The aim of the festival was to enable an exchange of experience, to develop joint strategies in the cultural sphere and to create new synergies in interviews at an international, European level.

For the first time, the festival has brought together artists, musicians and cultural mediators who are actively involved in migration issues in a European framework.

In seven events in form of roundtables, presentations and discussions experiences of the past years on the areas of hospitality, migration and xenophobia were exchanged, synergies were established and plans for future transnational cooperation were developed.

The Mahalla Festival was able to present three artistic positions of the Istanbul based initiative arthere to a broad international audience at the commercial art fair Contemporary Istanbul. This was the first time that two artists with migration background from Syria had the opportunity to present their works to an international audience. The Istanbul Art Fair took place as well parallel to the Biennale and had more than 80,000 visitors in five days.

In further two exhibitions, five film screenings, one concert and one performance, 17 artists from the areas of fine arts, performing arts, film and music have presented their different positions on migration, exile and cultural identity. They displayed a narration influenced by mobility and discussed their postion and experiences.

Another aim of the festival and the partners was the participation of the international artist-in-residence programs in Istanbul. The artists-in-residence of the Cultural Academy Tarabya, Theo Eshetu and Asli Özarslan presented their work on migration and cultural identity within the framework of the festival. Theo Eshetu presented his documenta work Atlas Factured in a performative screening, and the film Island 36 by Asli Özarslan, a documentary about the occupation of the Oranienplates in Berlin by refugees who came for their right to free mobility in Germany, was shown.

The presentation of the Tarabya scholarship holders was supplemented by an exhibition by the artist Sherine Anis in the Austrian Cultural Forum with sculptures on the subject of cultural identity and balance, a screening of the film New Istanbul Dreams by the artist Kamen Stoyanov, which deals with the ecological and economic changes that take place and ultimately leading to new forms of migration, and a presentation of Iris Andraschek on New Frontiers in Europe. All three were artists-in-residence in Istanbul of the Austrian Federal Chancellery between 2015 and 2017. The future Istanbul artist-in residence of the program of the Berlin Senate, Bettina Hutschek, took as well an active part in the festival.

From Switzerland, the artist Costa Vece participated with a presentation of his personal history and his artistic practice on the subject of migration and nation state under the title of Borders, Mobility and Cultural Identity.

Talks, Screenings, Concerts, Round Tables
Learn about the Events in Istanbul 2017
Become Part of Our Network
Check out the Events

diyalog and the InEnArt team in cooperation with the Goethe-Institut Istanbul,
the Italian Cultural Institute, Friedrich-Ebert-Foundation Istanbul, Austrian Cultural Forum and Kulturakademie Tarabya.